So for the past 6-8 weeks I've been seeing different SERP designs on mobile, at first I was a little confused as I saw a variation with all black text. I was thinking please don't let this be a permanent change!! I found it really hard to differentiate the different results, as the coloured title and URL really helped to separate things... well it did for me anyway!

Google conducted a series of similar tests to these about 12 months ago, this was alongside all of the Paid Ads tests that they ran. I'm sure you remember the changes they made to the ad icons and the colouring of these etc. I still see these changing every now again.

It always really interests me to see how different people react to changes such as these, as I've been working with Conversion Rate Optimisation (CRO) tests for a number of years now and sometimes you can think something is an amazing idea, but then throw that out  to your audience and there is a negative impact! Crazy!! Hence it is important to Test, Test and Test again!

So getting back to the title of this blog, I'll show you the different variations of the SERP's on mobile that people have come across.

The URL is above the page title. 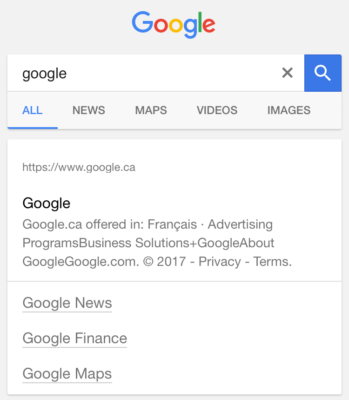 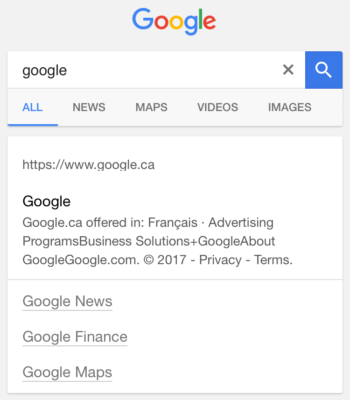 This may be for those people like me who found it hard to separate the results. 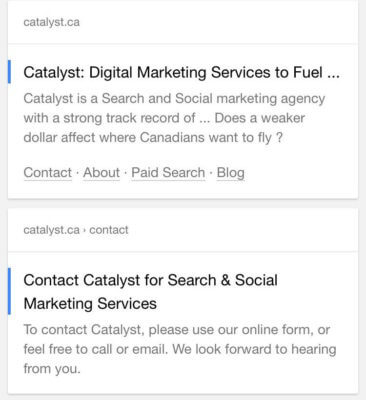 This is same as above just slightly thicker blue lines, looks a bit odd to me! Who comes up with these?! 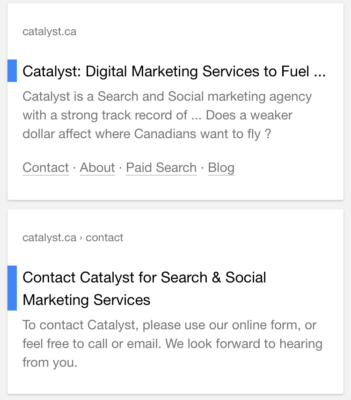 In the top right there are three dots, assuming you click for more options. 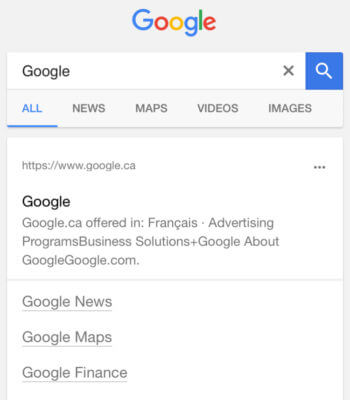 Same as above just with vertical dots, assuming there is no difference in functionality when compared to the above. 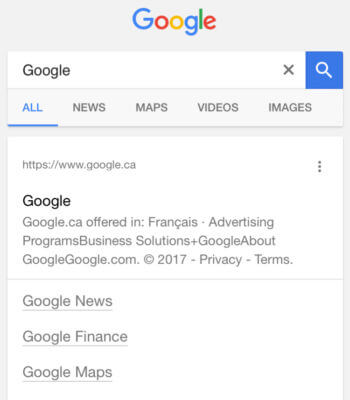 This is the same as small black URLs above but the page title is in blue, although it looks a different shade to normal. Not sure how well that contracts on white when compared to the original. 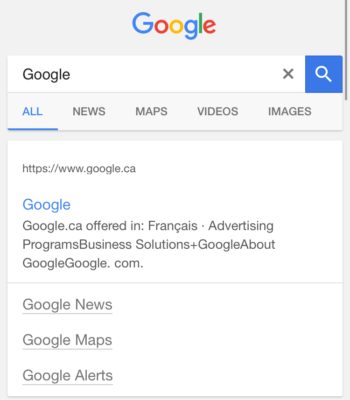 Same as above but the URL is blue instead of the page title, due to this being smaller text I find it very difficult to read the URL. 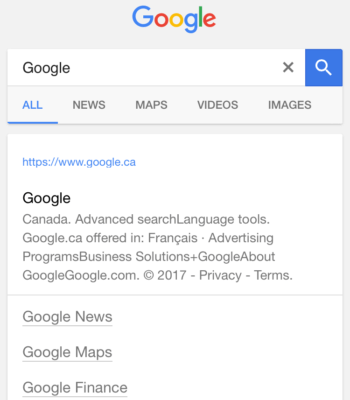 I mean really?! if the dots have functionality attached to them then IMO this is a bad design as I wouldn't personally think that is something to click for additional options. 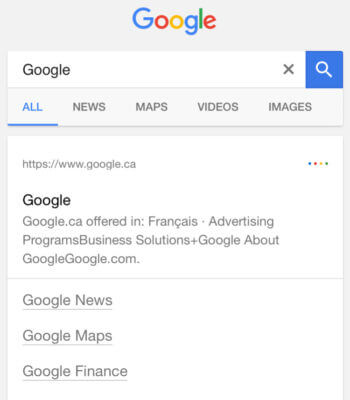 To me this just looks like something you find in Microsoft Word when you have an error (spelling/grammar). Although it does highlight the page title, which I think is missed in some of the other designs. 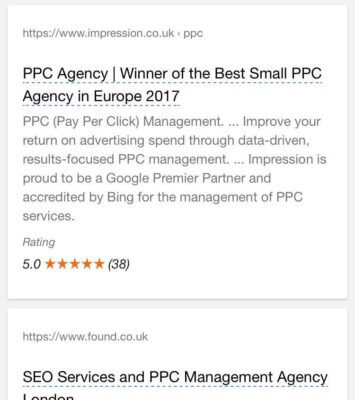 So out of all of the above (and probably hundreds more) which one won?

Well I don't know about everyone else but to my pleasure I'm seeing the original design again! It has been like that for about 10 days for me, maybe longer. I much prefer the original design, although some of the newer tests do look a bit cleaner. I'm hoping that it means the new variations didn't have an uplift, as I write the word "uplift" i'm wondering what Google were actually looking to achieve from this test. A few metrics I can think of are:

Have I missed an important one? I think I have because as part of these tests I believe Google will have been testing the impact on Paid Ad clicks also, as that is where they make the money. As we have seen over the past number of years Paid Ads look more and more like organic results. I guess if my theory is true then the winning variation to get more clicks on Paid Ads is the original version, as well as other metrics... Google isn't all about money... are they?!

I look forward to the future CRO tests from Google!

Update 12/07/2017: Google are obviously still testing as I'm now seeing another variation although I only caught it once. It is very similar to the coloured dots but also includes a green line next to the URL. The search term was completely coincidental!! 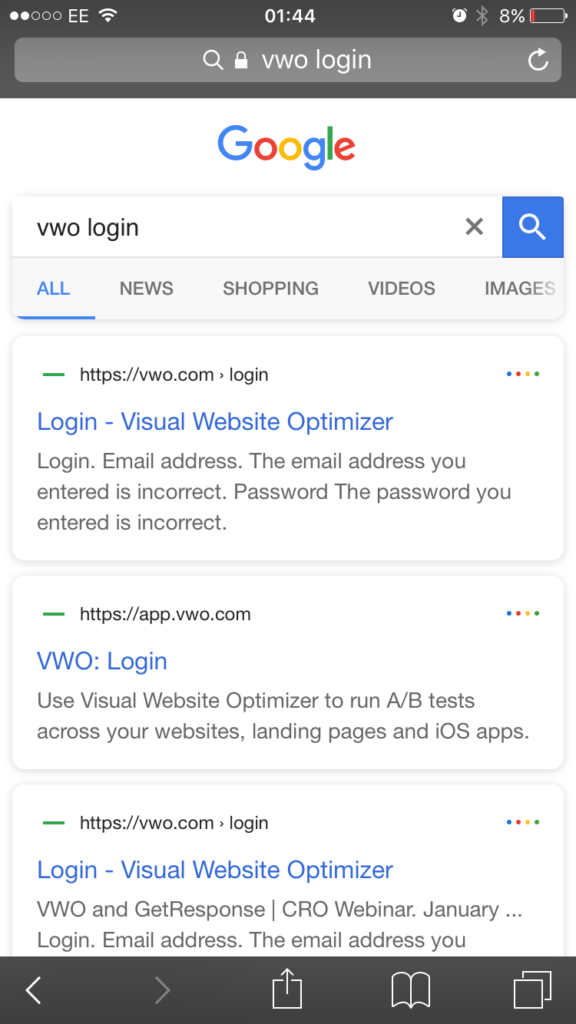 Some images sourced from searchengineland.com